The four-piece from Aylesbury continue to wow us with their knack for writing infectious tunes which will be left lingering around your head like a hangover you’ll never want to shift. 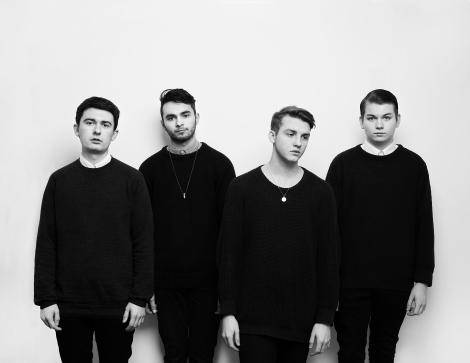 I’ve been a fan of the band for some time, having seen them progress from small local venues to the BBC Introducing stage at Reading and Leeds Festival just last year. Similarly, the progression from debut single, ‘War Cry’, to where they are now is one of ease and through ‘Souls’ we’re finally beginning to see them develop an unmissable sound.

Unlike previous tracks, ‘Crystal’ and ‘Hand Prints’, As Elephants Are tear back the layers on new track, ‘Souls’. It’s a much darker track but still allows the haunting vocals of singer Ben Stratford to peer through the cracks of the almost epic guitar riffs.

With a sound like this there seems to be no stopping the band. With a debut EP in sight and a host of festivals announced in summer, an album could be on the horizon and soon enough, As Elephants Are may just be bursting over that horizon.

Listen to ‘Souls’ below: